Respected G Jamie Dedes Sports Prompt this week has coincided with the opening of ICC World Cup International Cricket Competition 2019 being held in England.
For me the prompt was like the drop of a silver stone in a clear water pond creating ripples of fond nostalgic memories of life in the early years when sports events were followed almost with near religious sanctity. Radio and newspapers were the main source of information. Listening skills were sharpened and newspapers helped in creating scrapbooks of key players of national and international teams. Collecting and compiling and organizing data was the best learning activity. Before I share my poem I would like to share a few pages from my memoirs with my readers. I am sure this would be an interesting  addition  to the growing variation of contributions to Respected Jamie Ji’s exciting thought provoking and thoroughly enjoyable weekly prompts. Thank you Jamie Ji for creating these wonderful writing opportunities.

Indoor or outdoor ‘Sports’ had a sacred place in daily activities as a favorite hobby and leisure time occupation at home in the early years of life in the new country.The 1950s and 1960s reflect high standards of national team performances in the games of field hockey,tennis, cricket, squash, and athletics.The whole family was deeply involved in each match tournament or international competitions.My interest in Sports was the result of the high enthusiasm at home specially manifested by my loving father. He himself was a good hockey and tennis player. Indoors the games played with family members were Bridge (a card game) Carom and Chess. In fact the truth was the ‘absence of digital technology and television which left ample spare time for healthy sport activities. An occasional classic movie like ‘The Cruel Sea’ ‘Gone With The Wind’, To Kill a Mocking Bird’, ‘The King and I’ and specially the comedy series of Laurel and Hardy were a treat enjoyed  at the local Cinema Houses. 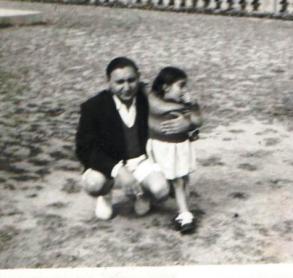 Here one can see father in his white sports shorts  black blazer and white socks and sports shoes , commonly called then, the ‘PT Shoes’. He is holding my younger sister, his third daughter. Almost every evening a couple of tennis games in the nearby GHQ Tennis Courts were part of the weekly routine. The weekends would be set aside for home affairs.
An ideal personality for many friends and family my Father’s smoking style would always be captured too. During the International Cricket matches of Pakistan with either England Australia or India (these were the top  teams in those years) after office hours listening to the running commentary of the match on the radio was not missed.
Field hockey was another favorite.I remember when Pakistan was playing the quarter final match with Germany in the Olympics in Rome in the 1960’s. When Germany scored the equalizer goal father was quite disturbed. Listening to the commentary he would remark, ‘Oh No, why give a back pass, there is no back pass in hockey, one needs to play forward , attack the opponents goal’ Pakistan won by 2-1 score and later also won the Gold medal  by defeating India in the final by a single goal.The historic goal was scored by Nasir Bunda. The excitement and anxiety of the match involved everyone at home. The game was fully enjoyed by all and we learnt much about sportsman’s spirit and how to accept defeat bravely. Other important lessons were following rules, sharing and making  efforts as a team. Over the years sports has undergone tremendous change, from white dress and a red ball to multi colored clothes and a white ball  and from the radio to live digital internet / telecasts.

I still believe old times had a special charm in  sports and to top it all Pakistan has a former cricket team captain and a world cup winner as its Prime Minister. The Political party symbol being none other than the ‘cricket bat’, obviously… 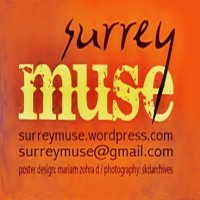 Revelations in a spiritual journey

Through Griffin's Lens
ROAD TO NARA

The world around through my camera's lens

This is an Art Blog covering many topics to do with art, how to draw and paint tutorials, style, as well as creativity in general. We blog about art, photography, recommend related products and give our best SEO tips for artists and bloggers. We'd love to hear from you so get in touch if you want to start up a conversation or a collaboration!

Words of Stories and Miracles

Life is made of Wonderful Stories